Last Saturday Andy and I found ourselves up at 2:50AM, out the door by 3:30 and very thankful that our friend Cynthia had volunteered to stay the night in our guest room to be there with the girls in the morning! 2:50 may seem insanely early and, indeed it is, but it’s not like I was sleeping anyhow. I was too nervous and excited for my first half marathon!

We had a 4AM appointment with a bus to take us up to Tibble Fork Reservoir in American Fork Canyon. We were joined by Jenny whose name may as well have been on the back of the race shirts with the rest of the sponsors seeing as how she was my training buddy, watched my kids at times so I could get out for a run without them, AND agreed to run it with me. Well….it WAS kind of her fault I signed up in the first place, so it was the least she could do. 🙂  She took a picture of Andy and I in all of our unbridled enthusiasm for the early start:

Here is what the starting area would have looked like if it had been daylight when we arrived: (This picture is from 2008, but still…)

Instead we enjoyed it by starlight in the predawn hours, doing a little yoga, having a pre-race snack, and making small talk to calm my jitters. Here Jenny and I finally line up at the starting line for our 6AM start: 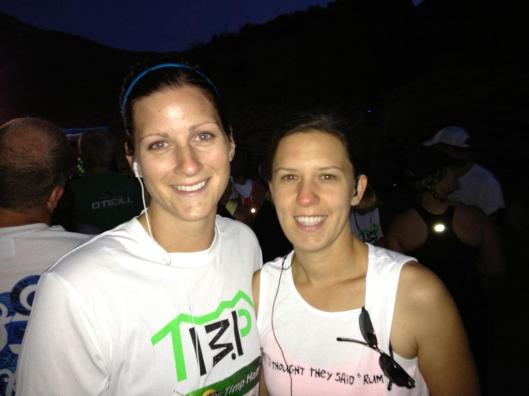 I chose this race because American Fork Canyon is one of our family’s favorite areas for day-trip adventures. We have many fond memories throughout various parts of this canyon and I knew we would be treated to views like this: 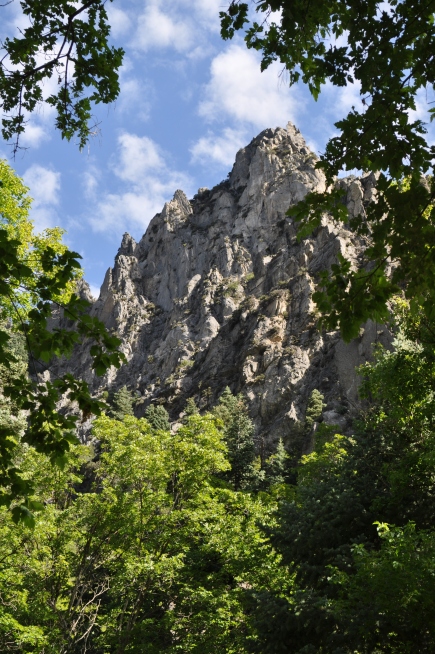 It was a gorgeous and very fun run! Well organized, great turnout, and a fantastic course! Though not without it’s hip and knee pain to push through during the second half, we still did it in a time I was happy with. Jenny’s Garmin clocked us at 2:12, though the chip time posted later, said 2:13. Regardless, it was a good first Half Marathon! Andy, who of course ran it much faster than I did (1:49), was there to cheer for us at the finish line. I think I’m still in shock that I actually did it and had so much fun despite my screaming hip.

Here we are glowing with excitement! (Okay…that’s just the result of a smudge on the camera of my old phone!) 🙂 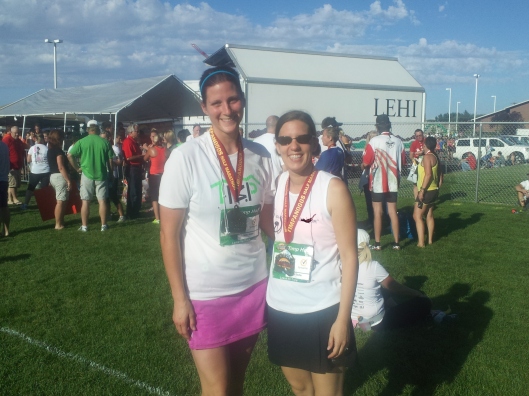 And this one taken with Jenny’s phone is much better!

It was a fun day! For the next few days I randomly turned to Andy and said: “I ran a HALF MARATHON!!!” Even more shocking…I look forward to doing it again….though maybe with some tweaks to my training for a faster time. 🙂

8 thoughts on “Timpanogos Half Marathon”