This recipe is ‘Fall’ all in one, pretty, yummy, comforting package. Cornbread stuffing, turkey, sage sausage, apples, and cranberries fill up pie pumpkins and roast for several hours. It can be eaten as a side dish or a main course. It would even look nice on your Thanksgiving table.

I stole the concept for this from my dear friend, Alicia. The girls and I recently visited her on the tippy top of Casper Mountain in Wyoming where her husband  has been running a camp for the past several years. They are moving on to warmer pastures this month, so we are glad we got a visit in before they head down the mountain (and across the country!).

Since I’m behind on posting…well….anything…here is a very brief glimpse of our trip:

Alicia and the munchkins check in on daddy (down below working to create a firebreak around the camp). 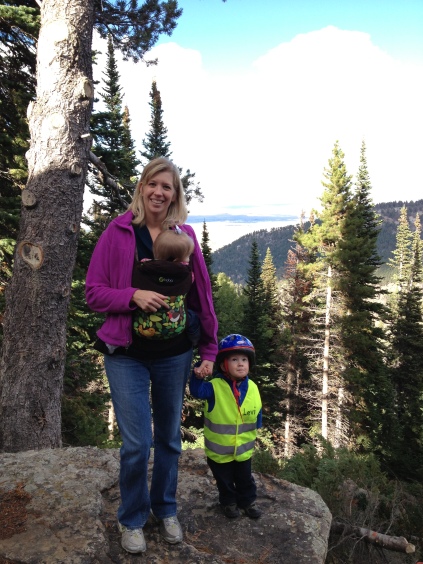 Ranger ride to ‘the meadow,’ on the far side of camp ,which overlooks Casper below: 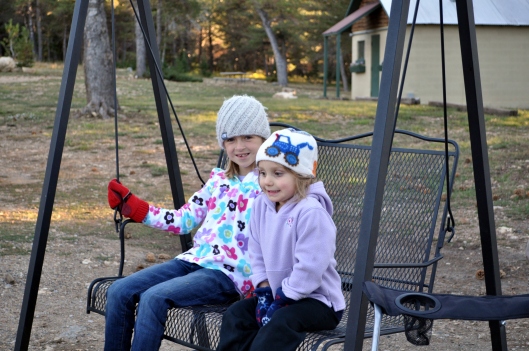 After hanging out with Everly, Trinity tried to convince me we need another baby because “they are SO cute! And Lilly is not that small anymore.” 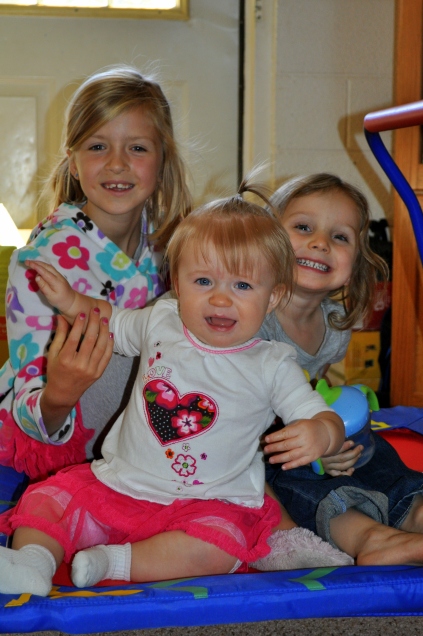 Upon our arrival, Alicia pulled a couple of pumpkins out of the oven and served a delicious Pumpkin Hash for dinner. While I stole the idea of stuffing the pumpkins from Alicia, that is about where the similarities end. Alicia’s Pumpkin Hash was a yummy vegetarian dish. However, I had a 7 hour drive home to play with ideas of what else would be fun to stuff inside of pumpkins. By the time I got my hands on some pumpkins, I was eager to try out my own ideas. 😉

Prepare stuffing and set aside.

Remove the top of your pumpkins and clean out the gooey insides.

Brush the insides with melted butter or olive oil and season with salt and pepper.

Melt the remaining 2 Tbsp of butter in a large saute pan over medium heat. Add onions and celery and cook for about three minutes. Add the chopped apple and continue cooking until onions are translucent (about 2-3 more minutes).

Pour the sauteed mixture into the pot containing the cornbread and set aside. 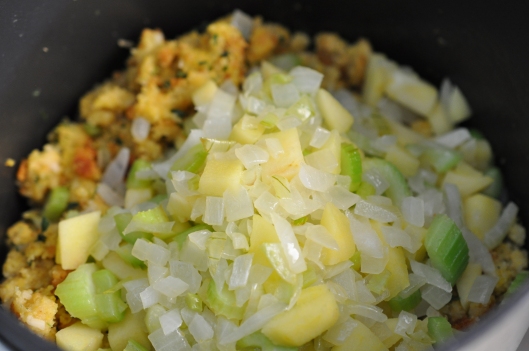 Add the turkey and sausage meat to the saute pan and cook, breaking it up as you go, until browned and cooked through. Drain any fat and discard.

Stir the stuffing and onion mixture into the meat.

Add the cranberries and pecans. (I forgot the pecans this time around so they’re not in the photos! Honestly, if I didn’t have my head screwed on….) At this point, take a taste and adjust any of your seasonings and herbs to taste.

Spoon the yummy mixture into the pumpkins. Go ahead, steal another taste…it’s the chef’s prerogative!

Place the tops back on, place the pumpkins on a baking sheet and place into the oven for 2-3 hours. I had smaller pumpkins and they were done in 2.5 hours.

When serving, make sure you scrape the walls of the pumpkin with your spoon, so along with the filling you get some of that good, tender, pumpkin meat.

Serve in a bowl or mug as a comforting fall dinner or serve as a side dish, perhaps for Thanksgiving. If, like me, you’re not a fan of placing stuffing inside your turkey, this method works well and would also look nice on your Thanksgiving table. 😀

None of my “serving” photos turned out as I would have liked. I will try to take and post some the next time I make this. I think it’s a mark of my desperation to get something posted that I am not holding off on publishing this to ensure good photos. Life is just busier since we started homeschooling. Lesson planning trumps blogging as of late. But until the next round of photos, I hope one more pre-oven shot will suffice: