I feel as though I should be reporting on how remarkably settled we are now. But I don’t feel it. Not yet.

Settled. To me the word is passive. It’s something that just happens. You shake up a jar of sand and water and after the initial flurry the sand settles gently to the bottom. It doesn’t have to work to get there. Gravity does all the work.  However, settling into a new home town thousands of miles from anywhere you’ve ever lived is not a passive event. It is a lot of work.

Are the boxes unpacked? Yes.

Are the girls enjoying their new schools and have friends to play with? Yes.

Can I find my away around for basic needs like grocery shopping? Yes.

But that’s different than feeling as though a place is truly ‘home.’ It’s the people that make a place home. It’s the countless treasured memories and the sharing of life’s ups and downs with people who have come to know you for who you really are and still want to hang out with you. (Kind of a miracle, if you think about it.) But forging those kinds of relationships takes a lot of time and energy. Andy is an extreme introvert and I have many introvert tendencies, making this an exhausting part of starting over.

We do have one family we know and love here. While we are thankful for them, for our family, finding a church home is a large part of truly being settled. It has been a harrowing experience. At one church I almost dialed 911 for a seizure victim only to realize she was NOT having a seizure – she was simply FAR more ‘spiritual’ than me – as evidenced by the way she threw herself on the ground in a frenzy and fit of tears during a never-ending repetitive song. We had no escape route…an usher had seated us in the front row.

In another church, the pastor was so preoccupied with trying to be cool and hip that he forgot to consult the bible on the sermon he was preaching that week. Okay…to be fair, he did have one old testament verse upon which he based his talk…he just neglected to consult the New Testament. Jesus talked about money more than any other topic. How you LEAVE OUT what the new testament says about money in a sermon about money?!

I digress. These examples are really just to illustrate that the search for a church home was far more difficult than we thought it would be. We have, thankfully, now found a church we would like to join. We’re still so new we can’t say we know anyone. For all we know, behind our backs we’re known as that “that socially inept couple” that keeps showing up. We’re looking forward to joining a small group and getting to know more people. And when they realize we really ARE as socially inept as we initially seem we just hope they still want to hang out with us. Then maybe this will start to feel like home. 🙂

In the meantime…for our family and friends far far away…here are a few photos of life here as we work to ‘settle’ in:

Trinity’s transition back into public school has gone well. She recently attended a Daddy-Daughter Dance. These two had a BLAST! 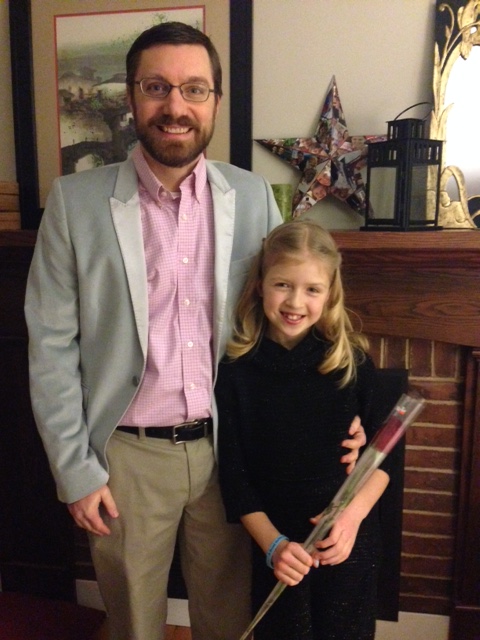 Her writing was also selected to go on display in the school hallway. Dorky mom that I am, I insisted on getting a photo. 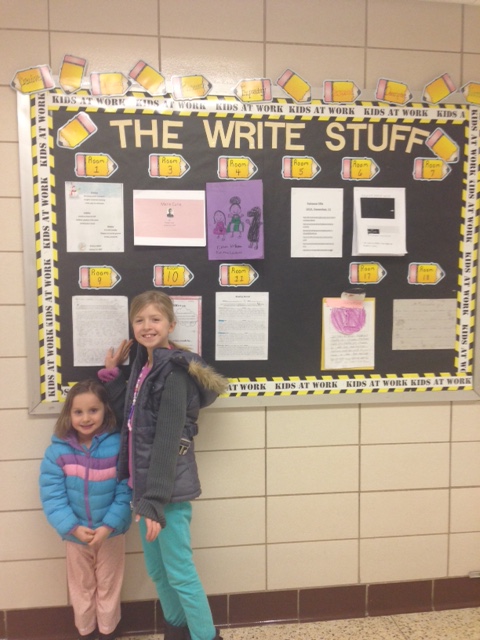 After a couple memorable visits to Jessop’s Tavern – the oldest restaurant in Delaware (built in the late 1600’s) Trinity decided she wanted one of their hand made signature mugs….but they were sold out the night she tried to buy one. When we called a couple of weeks later to see if they had more in, they told us to come on down. They thought it was so sweet she wanted to use her Christmas money to have one of their mugs that they gave her one for FREE…and filled it with locally brewed root beer. We’re fans for life! 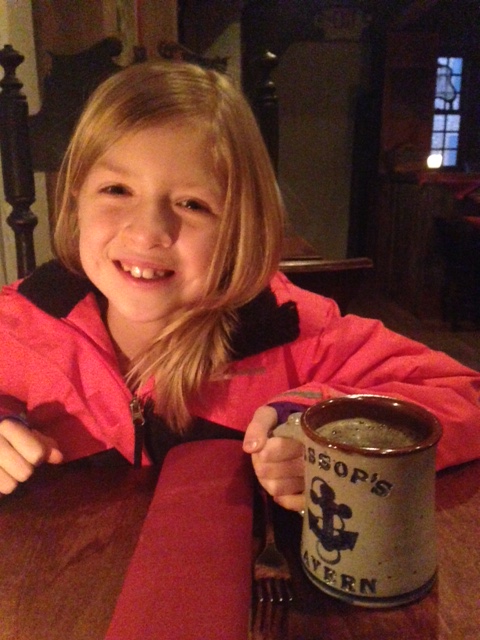 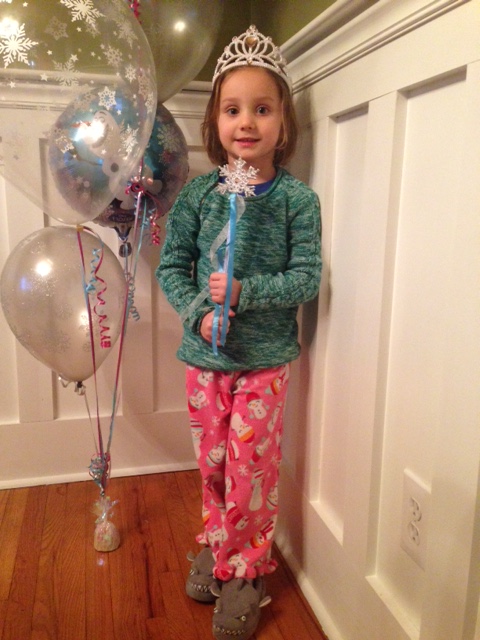 Forgive the shameless insert of the cupcakes I made for her birthday…I haven’t done a food post in forever! Humor me?

This kid has style no matter what side of the country she lives on:

She also loves reading in her bunk with her new ‘Hello Kitty’ reading lamp. This she purchased with birthday money from the UD Bookstore. It’s her favorite store on earth. She calls it ‘Daddy’s store’ because she knows he went to college there:

That’s all for now! More when we settle further…

6 thoughts on “Settled, Not Settled”