Returning from 11 days of cycling, touring, and service work in China means several things: I have enjoyed many snuggles from the girls since returning home. They seem determined to make up for lost time and I can’t say that I mind. 😉 It means I suddenly find myself in some sort of alternate universe where I am no longer magically served three meals a day. (What? I have to start meal planning and cooking again?!) It means a second cup of (half-caff) coffee is necessary to get me through my jet lagged afternoons…and it means it is time to start sorting through the 1200 photos I took. That’s a lot of photos.

Even while still in China I knew I would split the trip up into blogs on specific subjects but where to begin is a little overwhelming. Cycling through southern China? Shepherd’s Field Children’s Village? Hong Kong? The Forbidden City? The Great Wall? The “artistic” (or my attempt at them!) photos? What is the appropriate kick off for my series on the China trip? Ultimately I decided I should start with where the trip started: with my dad.

My dad has been taking student groups into China since his days of teaching at Hong Kong International School. The tradition continued after moving back to the United States. As more schools became interested in going, Pathways International Ministries was born. If you have a school, church, or family group that would like to go to China…I know a guy! 😉 I was blessed to be brought along on the latest trip with a high school from southern California. It was a phenomenal trip with a phenomenal group of people!

Since I would never have gone if it weren’t for my dad, I thought I would start the photos with our father-daughter shots from the trip! Thanks for the amazing trip and priceless memories dad! I love you! 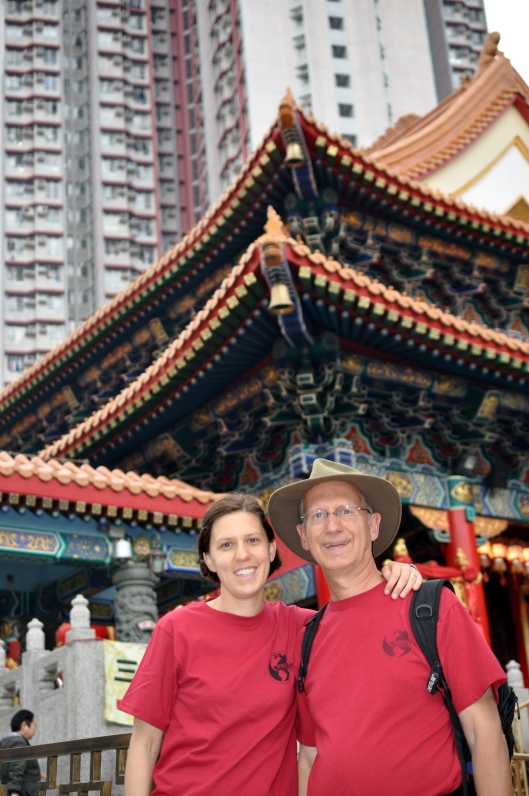 Standing among the unique architecture of Ding Gong Village – which has been ‘discovered’ since dad first started taking students here thanks to a recent film ‘Let the Bullets Fly.’

On top of a Gold Mountain Mansion in Kaiping

Dragon Air presented us with $75HKD to spend on food when our flight was delayed to Beijing. Having just eaten dinner, we spent our free airport money wisely: on French Macarons! Dad was about to try them for the first time ever. Not bad for having been made in Asia but they didn’t hold a candle to Laduree in Paris!

The Forbidden City. We arrived at our hotel at 3:07AM the night before…do we look like it? 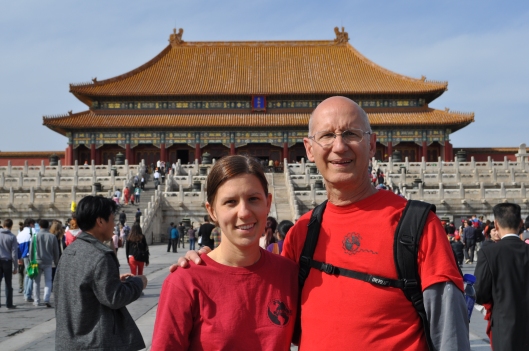 The Great Wall – Hiking the Jinshanling to Simatai portion 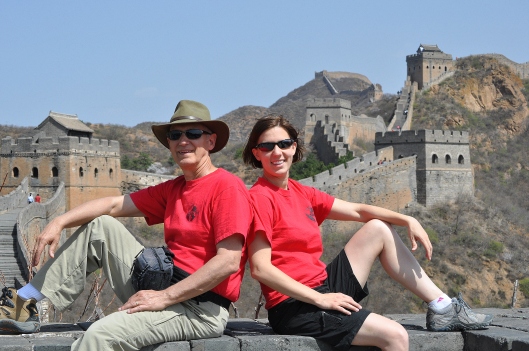 Cherry Blossoms in full bloom reach over The Great Wall

Plenty to come on the rest of our trip but that’s all my jet-lagged mind will allow for now!

6 thoughts on “China with Dad”