I was beginning to wonder if I should have signed up for this race at all. I had several runs after returning from Scotland that were just plain hard. They seemed FAR more difficult than they should have. I’m sure returning to 5,000 feet from sea level did not help the matter but I started feeling like, if I finished this race at all, it would still be nothing but an exercise in grueling torture. Then I got an email from the race coordinators. They sent a video of the course. I think it was meant to be helpful but as I watched it, it just kept going, and going, and going, and suddenly 13.1 miles seemed VERY long! I believe I had a “WHAT was I THINKING?!?!” moment. I was already having a bad day…cataloged in the “Bacon Wrapped Dates” post. Bacon is pretty much the opposite of training for a race but it SURE tasted good!

Thankfully, this past week, I had some GREAT runs and today, during my run down Provo Canyon I realized that I felt, for the first time, that I really CAN do this race. It was a gorgeous day, I was running with a good friend, and it was just plain FUN! I feel like I probably need therapy for that last statement, but it was! I also inadvertently passed a new literal milestone…I broke the double digit barrier! What I thought was going to be a 8-9 mile run turned into 10.3.

Last week I ran a 10K with a friend who has just recently started running. She said “I’ve heard it doesn’t get easier, you just get faster.” Well, Brittany, I can tell you today that is half true. You DO get faster but it also DOES get easier. My previous longest run, about 3 months ago was 9.2 miles and I ran between 11:00 and 11:30’s. Between China and Scotland I kept up a minimum of training but have finally started getting serious about getting longer runs in again. Today, Jenny and I did 10.3 miles and averaged 9:50’s. I am tired but I felt FAR more tired after my first 10K a year ago then I do today after 10. I now I find myself thinking “13.1? I’ve totally got this.” Here’s some scenery from the run that sent my panic packing: 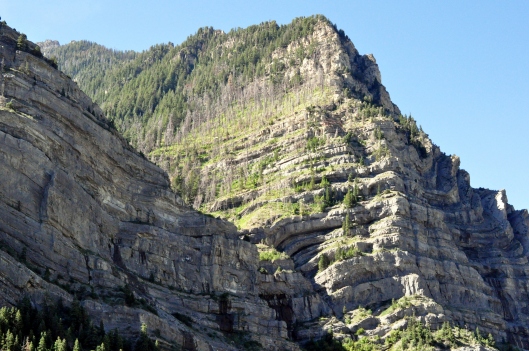 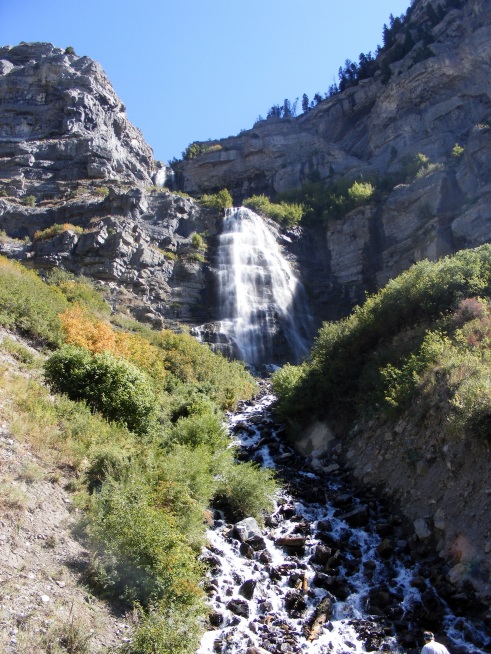 2 thoughts on “Provo Canyon – The Run that Sealed the Deal”