The plan was to have an Apple Day Extraordinaire. We would go apple picking, then do apple crafts and apple cooking. It was the last day of Trinity’s Fall Break and I thought we should make it a fun one.

Off we went to South Ridge Farms (The Red Barn) in Santaquin, for what I thought would be a morning of apple picking. Upon arrival we learned that they don’t actually do apple picking. Hm. After an hour in the car I tried to hide my disappointment.  Apparently they used to. But don’t anymore. But hope to again next year. The story was rather long and it involved WalMart. Suffices to say that inwardly I was blaming Walmart for ruining Apple Day before it even began.

The very nice gentleman explained that, while their pumpkin patch is normally something they only offer in the afternoons, they had a field trip arriving any moment and we were welcome to tag along. There is a hayride to a choose-your-own-pumpkin field, a maze made of stacked apple crates, a large slide and play area. Pumpkins honing in on apple day? Who cares? It sounded like fun! They didn’t even charge us for it!

While we waited for the field trip kids to arrive we enjoyed some apple cider doughnuts. This is the only photo I managed of the scrumptious start to our day:

Once the field trip arrived (exactly six preschoolers and three adults…), we were on our way: 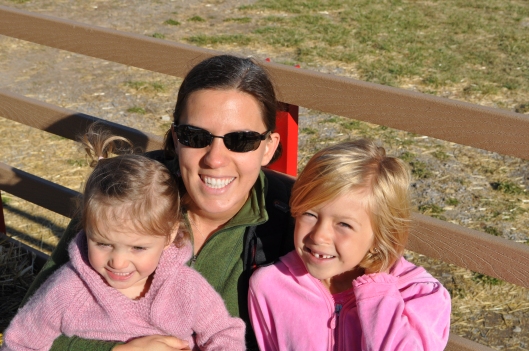 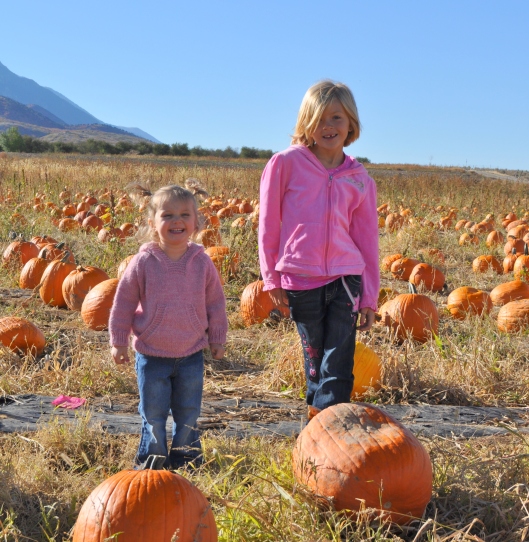 They each found a pumpkin just their size: 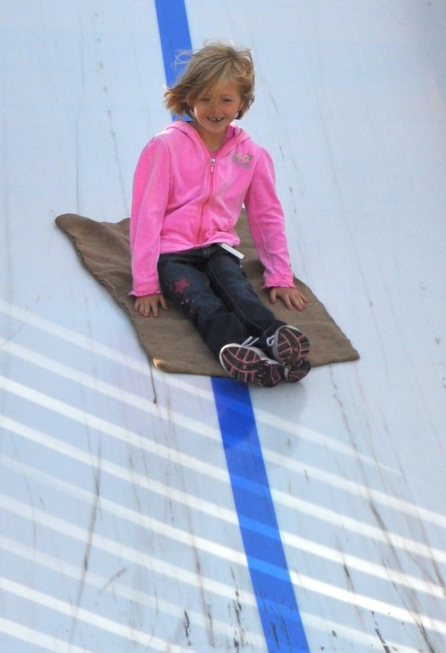 When the school kids started loading back onto the hayride, the very nice driver offered to drop them off and come back for us afterwards. This meant we had the entire place to ourselves!! I asked the girls to take a few pictures, after which I would put the camera away and we could enjoy having our run of the place. It was a ton of fun!! 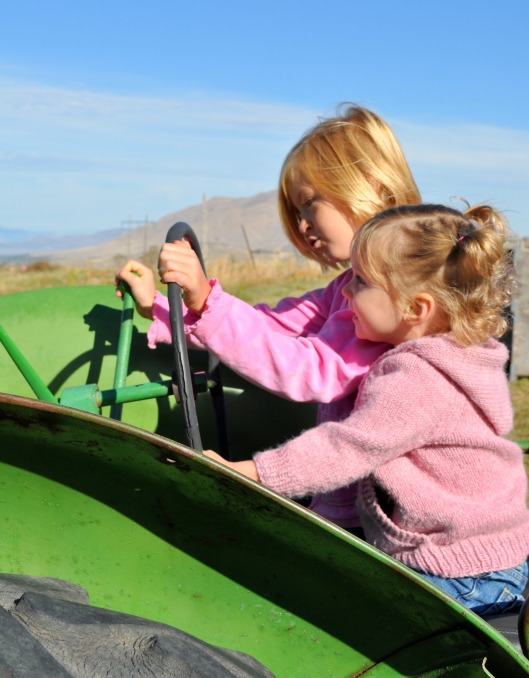 Our solo time lasted about half an hour. (I think he took his time on purpose to let us have extra fun.) We enjoyed our private hayride back:

Back at the Red Barn we loaded up on apples:

Once home, and after naptime, we found a use for the small, super tart, rock hard apples that grow on the tree in front of our house:

Then snacked on the Honey Crisps that are impossibly sweet… 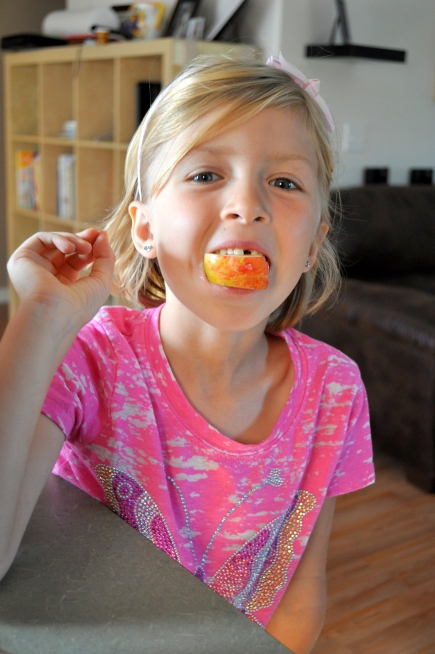 …and made a batch of applesauce which we enjoyed with dinner. For dessert we sipped on spiced apple cider. I’d say that Apple (and accidental Pumpkin) Day was a success! I’ve got three large bags of apples in addition to the ones photographed above. Today will be ‘Operation Fatten Up The Neighbors’ as I make pies out of the Granny Smiths. My favorite of course: https://sarahsjoys.com/2012/07/25/swedish-apple-pie/ 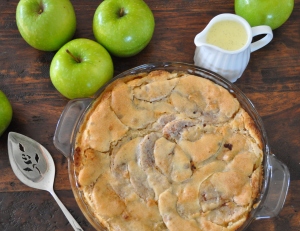 I would like to give props to Andy who left for another business trip but spent his Sunday telling me to relax, then doing laundry, cleaning the kitchen, taking the kids to the playground, and somewhere in there managed a trip to the store for razor blades but returned home with a dozen red roses! So my super-awesome husband is what enabled me to start the week thinking about fun with the girls rather than my usual Monday cleaning routine. 🙂 There will be a fresh apple pie waiting for you when you get home honey!

2 thoughts on “Apples and Pumpkins and Doughnuts, Oh My!”