Every year Hong Kong International School holds a World’s Fair and every year 6th-12th grade I eagerly awaited the Fair. It wasn’t the games or vendors that I anticipated, it was the food court. Moms from all the different countries represented at our school would have food booths selling food from their home country. I would make a bee-line for the Greek booth for lunch and then make my way to the ever-popular Swedish booth for the most PERFECT apple pie I had ever tasted in my life. The line was always long but it was SO worth the wait! They served it with a vanilla cream sauce, the combination of which made my eyes roll slightly back in my head while I savored every bite. Our family always bought an extra whole pie to take home. I probably ate half of it myself (while simultaneously feeling enormously generous for leaving the other members of my family one entire slice each).

I could LIVE on this pie. You think I’m kidding, but let’s think about this logically. It has apples – so I would be getting plenty of healthy fruit (an apple a day, you know…) The topping has flour so that’s practically like eating bread. The vanilla sauce has calcium AND protein, so I have all the major bases covered and I would never have to worry about osteoporosis as I age! Not to mention that vanilla beans are practically magical. They’re so delicious I’m convinced they hold some kind of mystical health benefits we just haven’t discovered yet. I should have been a nutrition major. I clearly have a gift for it.

If you don’t know this about me already, I have strong feelings on the subject of pie crust.  Mostly that it is an unfortunate necessary evil to deal with when one would like to enjoy a piece of pie. But the Swedes are genius. They’ve solved that with an entirely different type of crust and it is on top to boot. No tasteless, cardboard, pie crust here. Between this pie and IKEA I’m pretty sure they will soon be in prime position to take over the world.  Would that be so bad? Give this pie a try and judge for yourself!

Preheat the oven to 350 degrees F. 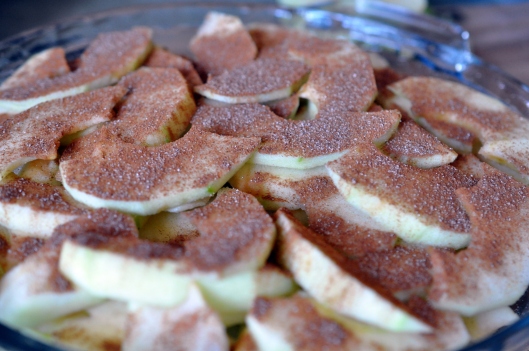 Mix together the butter, sugar, salt, and vanilla, then add the beaten egg, and add the flour. Stir until mixed. 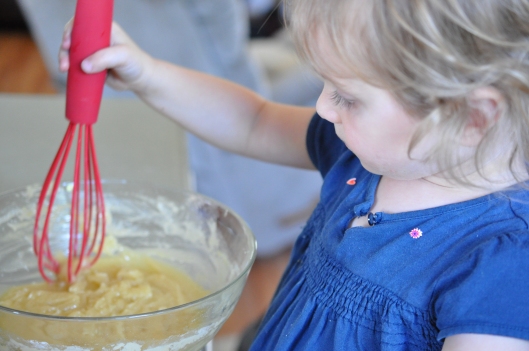 If you need to, stop for sustenance: 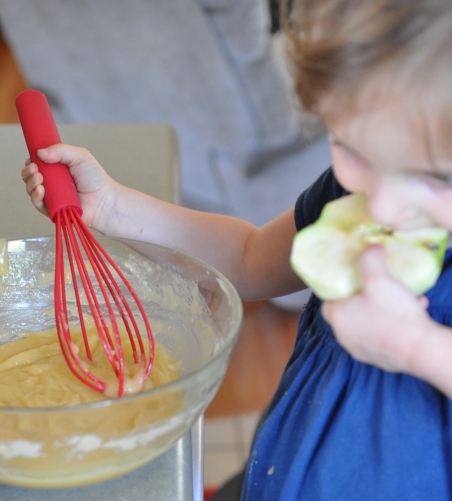 Pour the batter over the top of the apples and bake for one hour or until golden brown.

For the Vanilla Cream Sauce I use this recipe: http://www.joyofbaking.com/CremeAnglaise.html

Andy would eat it by the spoonful until it was gone if I let him. I recently made a double batch of it just so we would have plenty of extra for eating over fresh berries. It made an obscene amount and it totally made my husband’s day! 🙂

Pour some over your pie and enjoy! 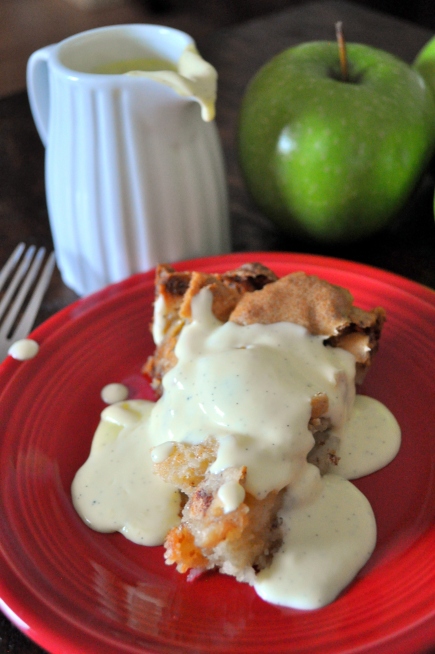